Birdhill (Cnocán an Éin Fhinn – The Hill of the Fair Bird) is a small picturesque village situated in county Tipperary on the R445 (old N7) midway between Limerick and Nenagh. Killaloe is 3 miles to the north, while Newport lies 5 miles to the south. Birdhill derives its name from a mythical encounter between Oisín of the Fianna and a giant bird which was causing widespread destruction in the area.
Birdhill lies at the centre of a very varied landscape: hills to the south-west stretching down to the callows by the Shannon, bog lands to the south and fertile plains to the north-east. Such landscape interspersed with wood and grassland, waste ground and meadow, hedgerow and stonewall, streams and rivers, wetlands and uplands – all provide a wide range of habitats for a rich variety of wildlife, a diverse agricultural setting and an interesting environment to explore.
Birdhill is a rural village, formerly dominated by huge volumes of traffic passing through on the N7, but now somewhat quieter since being bypassed by a new motorway. 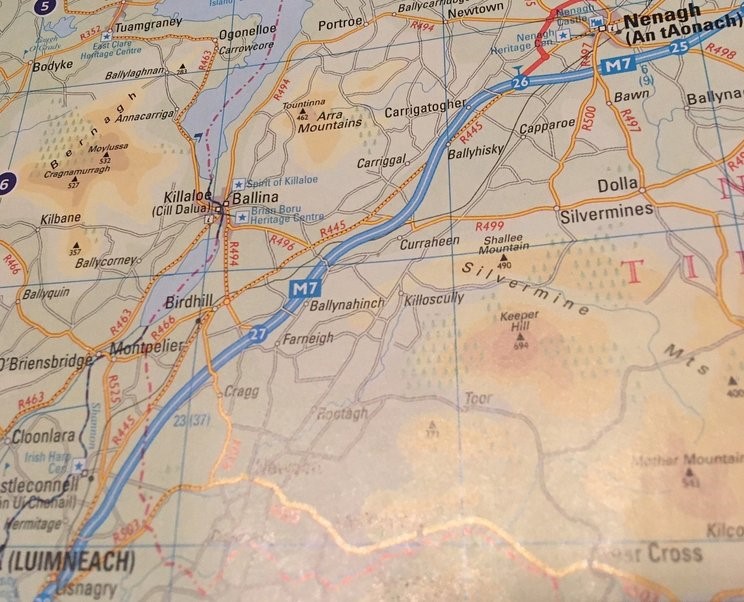 Click to see Birdhill and surrounding area on Google Maps